The Moccasin Identifier Comes to Lincoln 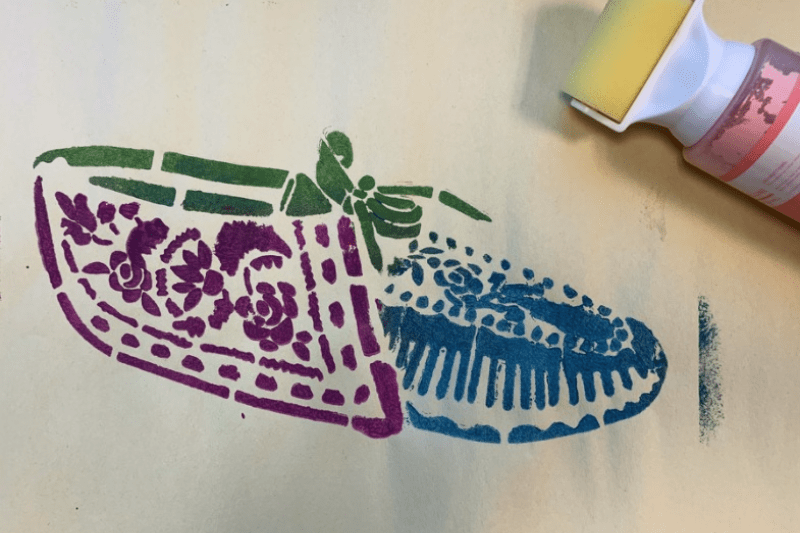 “If we, as First Nations people, don’t get a marker on the ground today, we will be lost forever.”
—Carolyn King, former Chief Mississaugas of the Credit First Nation (MCFN).

The Moccasin Identifier was created in 2011 by Carolyn King, and later developed with funding from the Two Rivers Community Development Centre and the Greenbelt Foundation. The project builds treaty and Indigenous awareness in public spaces through a moccasin marker. The moccasins have been installed at sites across the province.

The moccasin stencils were designed by Phillip Cote, based on moccasins held in the private collection of the Bata Shoe Museum. The four styles of moccasins reflect the four linguistic groups in Ontario:

On Monday, June 20 at 6:30 pm Willow Shawanoo from the Niagara Regional Native Centre will lead a circle talk to discuss the significance of moccasins to First Nations, including the Haudenosaunee and Anishinaabeg, and reflect on her personal relationship to moccasins as an Anishinaabe woman.  The circle will open with a smudging ceremony and be followed by an opportunity to ask questions and for community members to stencil a moccasin to help cover Canada in moccasins. All ages and abilities are welcome.

A temporary installation, alongside educational signage, will be on the grounds of the Lincoln Museum and Cultural Centre from June 21 to July 1.

Later this summer, a permanent moccasin trail will connect the sensory walkway between King Street and the Fleming Centre. The trail will lead to a sculpture inviting reflection on truth and reconciliation, located outside the library facing Serena Drive. The sculpture was created by youth from Music for the Spirit & Indigenous Visual Arts, from Six Nations of the Grand River. The alleyway and sculpture are a project of the Downtown Bench Beamsville.

Lincoln and Pelham are situated on territory covered by the Upper Canada Treaties (Treaty 3) and within the land protected by the Dish with One Spoon Wampum Agreement. This is the traditional territory of the Hatiwendaronk, Haudenosaunee, and Anishinaabe, including the Mississaugas of the Credit First Nation.