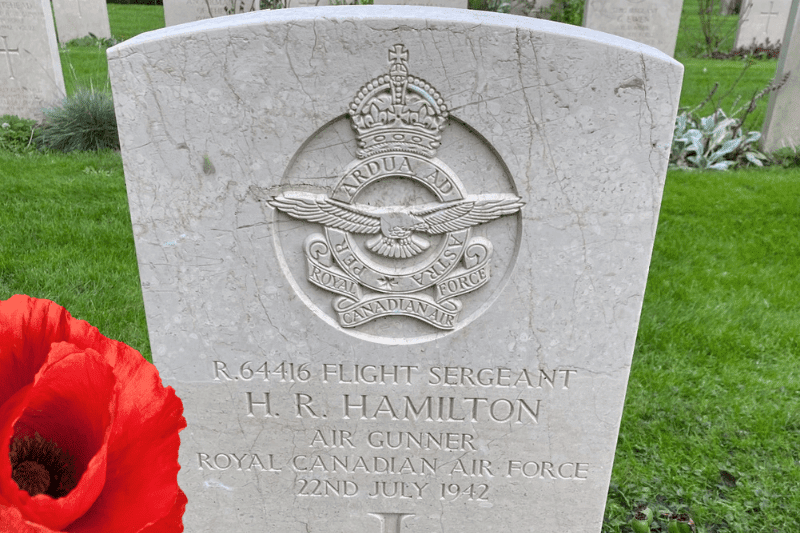 Every year on November 11, we pause to honour and give thanks for the men and women who have served in the military and on peacekeeping missions. In Lincoln, the cenotaphs in Beamsville and Jordan stand as memorials to these heroic efforts. The names listed are of those we remember and honour.

Flight Lieutenant Sergeant H. Hamilton is listed on the Beamsville cenotaph on the plaque commemorating soldiers who served in World War II. Harry Robert Hamilton was born on February 27, 1919. He grew up in a house on James Street in Beamsville. During World War II, Hamilton enlisted in the Royal Canadian Air Force (RCAF). On July 22, 1942, Hamilton was part of a crew returning from a successful bombing raid in Germany. While flying toward Britain, a German fighter plane began to chase the British airplane. The plane caught fire and crashed near Spierdijk, the Netherlands. Everyone on board died. The lost “English” airmen were buried two days later in nearby Bergen.

Harry was one of many who gave the ultimate sacrifice.